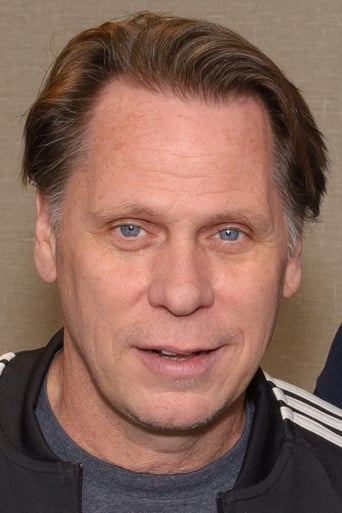 Don Patrick Harvey II is an American actor and voice actor. Harvey was born and raised in St. Clair Shores, Michigan, the sixth of eight children. He started acting in high school. He did several shows before graduating and moving on to the University of Michigan where he studied English and Economics and did two years of classical ballet. He then attended the Yale School of Drama and received a Masters of Fine Arts in Acting. Harvey began appearing in films in the late '80s and has appeared in over 30 feature films. He had secondary roles in such high-profile productions as Casualties of War (1989), Die Hard 2 (1990), and The Thin Red Line (1998), in addition to the made-for-cable feature Better Off Dead (1993). One of his more prominent screen roles was "Black Sox" conspirator Swede Risberg in John Sayles' Eight Men Out (1988). His television work includes starring performances on Miami Vice, NYPD Blue, The Pretender, Medium, and Numb3rs. Description above from the Wikipedia article Don Patrick Harvey, licensed under CC-BY-SA, full list of contributors on Wikipedia.

Born:
May 31, 1960 In St. Clair Shores, Michigan, USA
Movie/TV Credits:
52
First Appeared:
In the movie Burning at Both Ends
Latest Project:
Series The Truth About the Harry Quebert Affair 2018-09-04